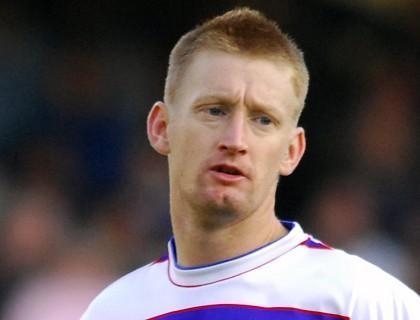 St Johnstone welcomed Sir Alex Ferguson back to the club but saw two other former employees steal the show as Aberdeen won 2-0.


Ferguson was at the game to mark the 50th anniversary of his hat-trick in a 3-2 victory for St Johnstone over Rangers at Ibrox, but it was the club he is more famously associated with that were celebrating as former Saints manager Derek McInnes tasted victory in his first competitive return to McDiarmid Park.


And it was Peter Pawlett, who spent the first half of last season on loan at the Perth club, who did the damage with an excellent long-range strike in the 17th minute.


Another player facing his old club, St Johnstone substitute Rory Fallon, made a similarly dramatic but less positive impact after being sent off for an elbow on Michael Hector two minutes after coming on.


That put the game well beyond St Johnstone and Niall McGinn further stretched Aberdeen's lead with a stunning strike five minutes from time.


The visitors defended solidly to restrict Stevie May and Nigel Hasselbaink, who had scored 12 goals between them in the previous 10 games, to just one real chance, and they controlled the second half to move five points ahead of St Johnstone in the top six of the Scottish Premiership.


Saints made the early running but Pawlett had the first chance when he broke clear but dragged his shot just wide from 18 yards.


He scored from a more difficult opportunity after Barry Robson dispossessed Chris Millar inside the centre circle. Scott Vernon moved the ball quickly to Pawlett and he fired an inch-perfect left-footed strike into the bottom corner from 25 yards, just past the outstretched hand of Alan Mannus.


Millar almost gifted Aberdeen a second when his first-time pass deep inside his own half went to a red shirt. Aberdeen moved the ball to Vernon but he curled over from just inside the box.


St Johnstone created their first clear chance in the 38th minute when Stevie May did well to take Nigel Hasselbaink's first-time pass in his stride to move through on goal. He struck the bouncing ball cleanly but Jamie Langfield came out and made a fantastic flying save.


Aberdeen came out positively in the second half and Hayes claimed in vain for a penalty to referee Willie Collum after going down under David Wotherspoon's challenge, before setting up Pawlett on the break. The 22-year-old struck a powerful shot from 12 yards but Mannus parried well.


The Northern Ireland international was soon involved in a struggle with an Aberdeen fan as he went into the stand behind his goal to retrieve the ball. Mannus got a lecture from Collum while a supporter was taken away by police.


St Johnstone manager Tommy Wright brought on Gwion Edwards for Millar and he created an opening for himself by turning inside left-back Andrew Considine only to shoot weakly at Langfield.


Wright's next substitute proved less useful. Fallon, who left Pittodrie in the summer following a largely uninspiring stay, came on to loud jeers from the away fans in the 69th minute and quickly left the field to the sound of them singing his name after giving his team an even more difficult task.


His victim Hector and Vernon came close from long range and a good day for Aberdeen got even better when Willo Flood came off the bench to complete his return from a hamstring injury.


The best was yet to come though. There appeared little danger as McGinn engineered a shot from the corner of the penalty box on the left side but he curled the ball just inside the angle of post and bar.